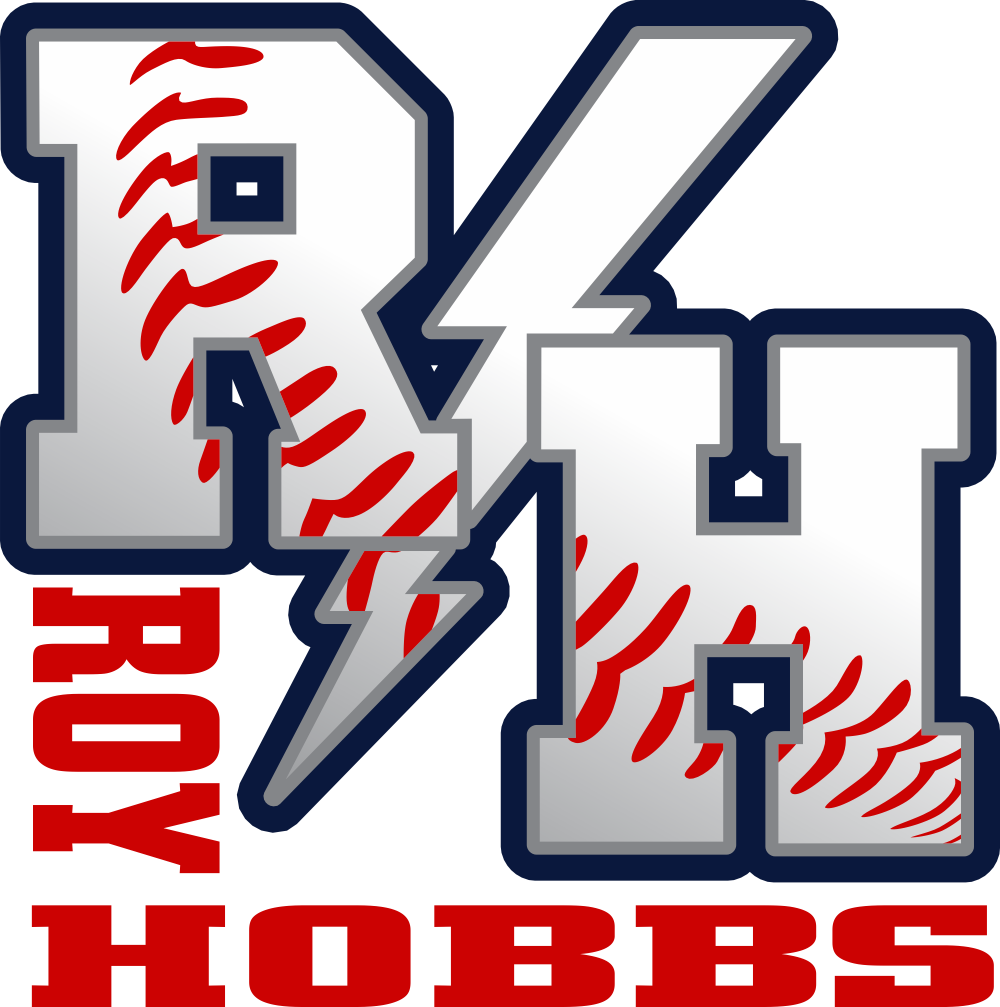 All managers must sign a statement provided by Roy Hobbs Baseball at team check-in, certifying that

All age minimums are determined on a calendar year basis; players must reach the division minimum by Dec. 31 of the same year.  No underage players in any division unless so noted.  (Roy Hobbs Baseball reserves the right to approve underage players under conditions of extreme exigency, and such decisions will be announced in managers’ meetings prior to start of play.)

All divisions:  Underage players, where allowed, may not pitch under any circumstance, unless noted by division.

Every Player is required to produce an acceptable government-issued photo identification card (e.g., driver’s license), which includes his/her birth date upon check-in at the RHWS in order to be declared eligible.

Any age or identity challenges during games will be handled by a request for a player’s World Series ID card.

If a player does not have it in his possession, he cannot participate until he gets it.  No ‘out’ penalty on his team; substitute may be inserted in lineup.  If no substitute available, use one-time courtesy runner on bases if player on base or close-up lineup.

If player gets his card, he may be re-inserted into his position.  If player does not return, Roy Hobbs Field Supervisor should be notified for verification.

If a manager desires to challenge the age or identity of any player in the RHWS, whether that manager’s team has played or will play against the team of the challenged player, the manager should contact the Roy Hobbs Baseball President or the RHWS Tournament Director (“Roy Hobbs Officials”) before 5 p.m. Eastern Time on the Thursday of the week in which the team is competing and state the basis for such challenge.  Roy Hobbs officials will investigate at their discretion.

All Roy Hobbs events are by invitation only.

Invitations will not be withheld in any unreasonable fashion; however, here is a list of behavior Roy Hobbs is simply not going to reward with continued opportunities to participate in its events.

“Ex-professional players” eligible to play in the RHWS are defined as players who, in the discretion of the Roy Hobbs Officials, have been paid to play in organized baseball leagues (other than incidental travel-related expenses) regardless of amount, frequency, country, the level or status of team or league, and have been out of paid baseball continuously since January 1 of the calendar year in which the player desires to participate in the RHWS. For example, a player retired from paid-to-play baseball in the spring of 2022, would not be eligible for RHWS until 2023.

To pitch, “ex-professional players” must be out of paid-to-play baseball for a minimum of 5 years (60 months).

“Ex-professional players” must be prepared to provide proof of their release date upon request, and failure to do so may result in the player being declared ineligible.

RHWS team fees cover 20 players, managers and coaches. The roster may be expanded to a maximum of 25 eligible players, but additional players after 20 result in the additional charges set forth in the RHWS fee schedule.  Batboys, scorekeepers or other non-uniformed personnel are not eligible for individual awards in the championship round (teams wishing to include any such personnel may opt to purchase any of the individual awards).  Any roster changes after team check-in at Fort Myers must be reviewed and approved by the Roy Hobbs President or his appointed representative.

Players may not play on more than one team within any age division.   Players may participate in multiple age divisions within the same week, i.e., Classics & Timeless or Vintage & Forever Young.  However, Roy Hobbs makes no guarantees as to avoiding schedule conflicts between such teams.

Players rostered on multiple teams must declare at check-in which is their primary team once playoffs begin, in case of game conflicts.  Players may change that decision as late as Wednesday, but must do so in writing, including the signatures of both managers, to the Tournament Director.

Note:  Some umpires also play; however, they are not allowed to play the same week that they umpire without specific approval from Roy Hobbs, but that is only possible if two age divisions are playing at the same time whereby the individual can play in one age group and potentially umpire in the second group.

Regardless of roster size, teams in all divisions are limited to 6 players who are not from that team’s principle drawing area, i.e., the team’s league, city, county or metropolitan area.  A “metropolitan area” is the geographic area, which may contain multiple cities and counties, from which players who play in the same amateur senior baseball league are generally drawn.  Metropolitan areas are subject to approval by Roy Hobbs Officials.

A Geographic Waiver form is required, in the discretion of Roy Hobbs Officials, for (i) players who have been approved to play on the team in prior RHWS, or (ii) players placed on a roster by or with the approval of Roy Hobbs Baseball.

To compete in the RHWS playoffs …

All players must check-in with Tournament officials prior to the start of their team’s last pool game (Tuesday noon in the case of AAAA teams).  No players may check in after 10 a.m. on Wednesday.

Position players must participate (hit and play defense) in at least 1 of his team’s pool games (first 4 games in AAAA).

AAAA Teams:  Players must arrive and play in GAME 4, and teams are limited to 2 such players for the playoffs.

Non-AAAA Teams:  To be eligible to pitch (as a starter or in a save situation), a player must appear as a pitcher and throw at least 2 full innings within the first 5 RHWS games (2 full innings is defined as 6 outs, or at least 10 complete hitters).  If a pitcher arrives later than team’s 4th RHWS pool game and game 5 is NOT played for any reason, the player, in order to be eligible to compete in additional playoff games as a pitcher, must start and pitch the first 5 complete innings (15 outs or at least 25 complete hitters) of that first RHWS playoff game, regardless of the number of runs given up.

AAAA Teams:  Pitchers must be playoff qualified from the first 4 games of pool play; exceptions only as the result of unforeseen circumstances or acts of nature AND at the discretion of Roy Hobbs Baseball.

Crossover Playoff Eligibility:  In scheduling where multiple divisions are competing during the same week of the RHWS, the following will govern playoff eligibility for players competing in multiple age divisions:

By signing the “Registration Contract & Waiver”, (including the formal Check-In contract & waiver) both the player and that player’s manager/coach agree to abide by Roy Hobbs rules and determinations reached by Roy Hobbs Officials or, where applicable, the Roy Hobbs Advisory Board described below.

An “ineligible player” is a player who is in violation of these Roy Hobbs Baseball eligibility rules, regardless of whether the player or manager/coach violated the rules knowingly or otherwise.

If a player is determined by Roy Hobbs Baseball to be an ineligible player, has violated any RHWS rules, or has engaged in unsportsmanlike or inappropriate behavior, the player may be disqualified for all or some of the RHWS, at the sole discretion of Roy Hobbs Officials.  The player will be subject to as much as a 5-year suspension from Roy Hobbs-sanctioned events.  Roy Hobbs Officials may determine, in their sole discretion, that ineligible and disqualified players forfeit all rights to fees paid, awards or any benefits from participation.

If it is determined that a team has played a game or games using an ineligible or disqualified player, or otherwise violated RHWS rules, Roy Hobbs Officials may, upon review of the facts, take any action deemed appropriate in their sole discretion, including (i) declaring the team with the ineligible player to have forfeited all games in which an ineligible player participated, (ii) disqualifying the team from the RHWS, (iii) requiring some or all of a portion of a game to be replayed and/or (iv) declaring the team to have forfeited any fees paid, victories, awards or benefits from participation.

Roy Hobbs Officials may interpret these rules in their sole discretion consistent with the best interests of the RHWS and take actions they deem appropriate to maintain the integrity of the rules and the fairness of the RHWS.

Any determination or interpretation of these rules by Roy Hobbs Officials may be appealed only to the Roy Hobbs Advisory Board convened at the event, the members of which will be determined prior to the beginning of the play for each Division.

A player and/or manager/coach who has been declared ineligible, disqualified and/or suspended, remains so, pending any hearing and until reinstatement by the Advisory Board.   Decisions of the Advisory Board are final and may not be appealed to any other person, court or tribunal.

RHBB Note:  These Eligibility guidelines are effective July 2022, and supersede any previous version.